Sometimes a project might be created under a wrong space. Or a project have to be moved to a different space due to re-organization or any other reason. This article explains on how to move a project which can be an UI drawing, powerup, design file or design embed from one space to another.

Let's for example, consider an UI drawing project called 'Website' has to be moved from Space-A to Space-B. 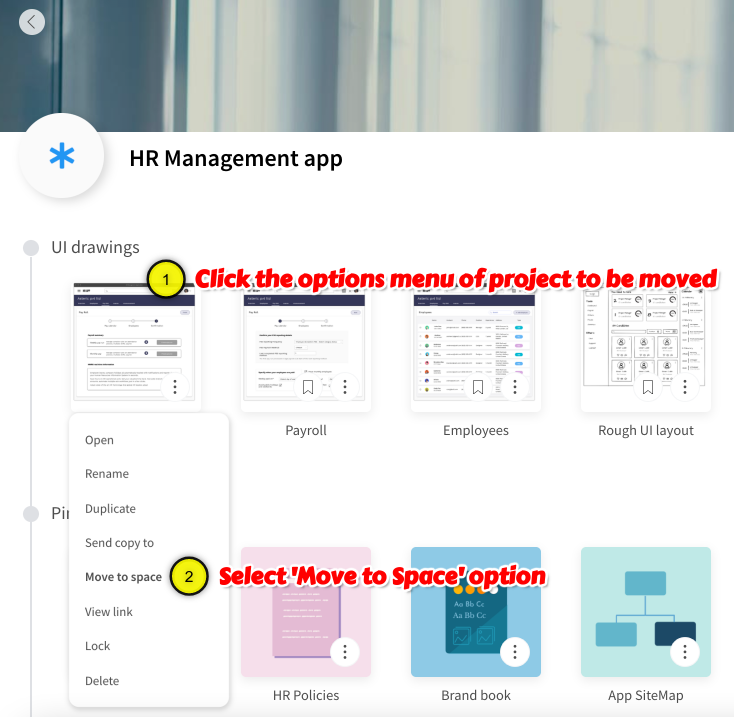 Step 2: In the options menu, click 'Move to space' and select the destination space (Space-B) to which the project has to be moved 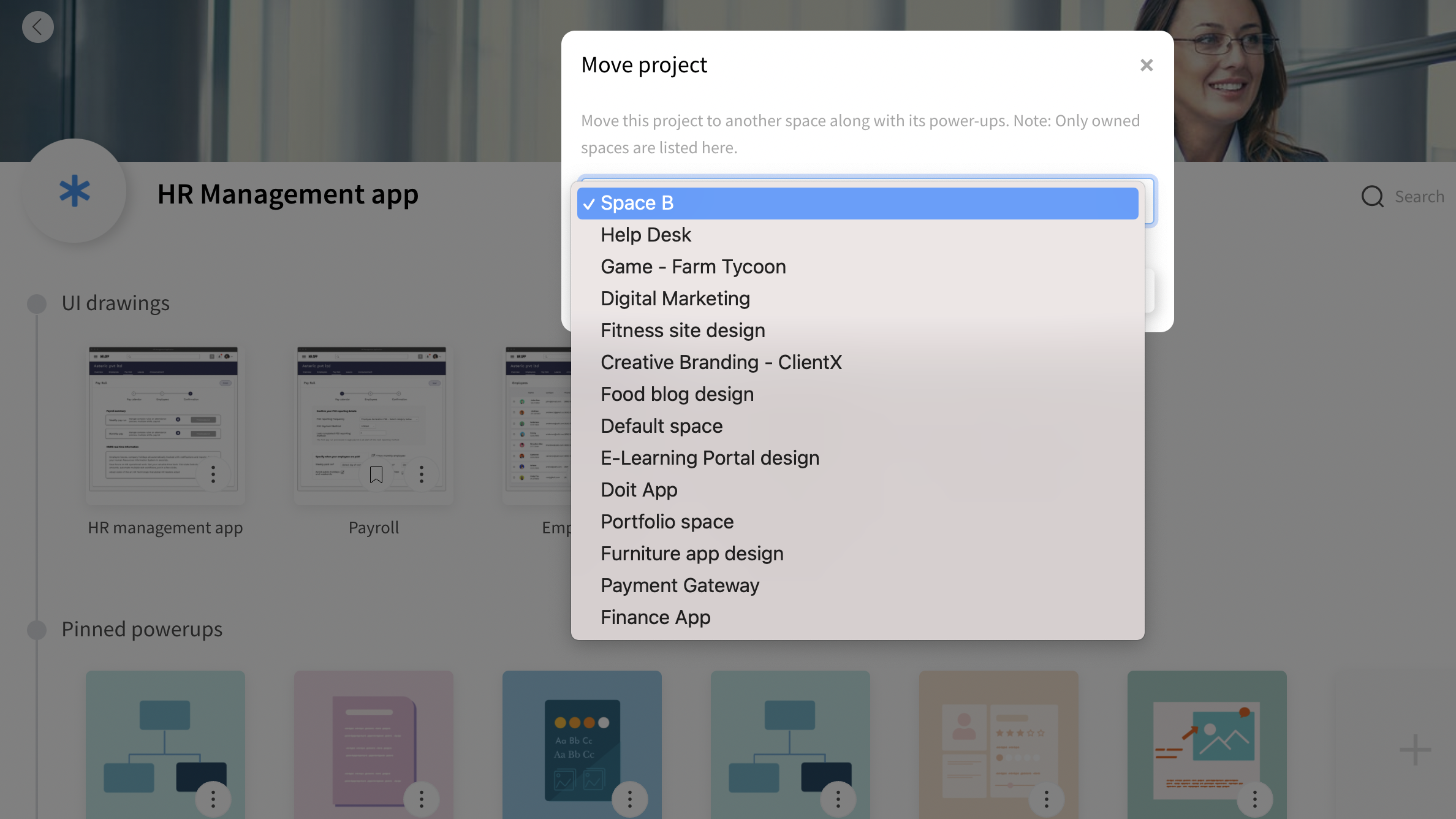 Moving a project between spaces has certain constraints as given below: